Picture this scene. You’ve just been invited for an interview with a super hot startup. Eager for the chance to latch onto the next Google or Facebook, you spend the next two weeks gearing up for the interview of your life. You rehearse your life story until it comes off like a TED Talk. You practice behavioral questions so much that you start having nightmares that begin “Tell me about a time when…” And you memorize dozens of business frameworks for solving any case until you can’t remember whether it’s the 4 P’s or the 5 Forces or the 45 P Forces.

And then you walk into the office and the first thing that happens is a Nerf dart hits you squarely in the head. To add insult to injury, half the people scheduled to interview you that day haven’t shown up. And when you finally get a chance to meet the big boss, he leans back in his fancy, ergonomic chair and… doesn’t ask you about your life story. Or a time when you influenced a team. Or how much revenue a new product launch would generate. Instead, all he says is: “So, what can you do for us?” That’s when it finally dawns on you: interviewing at a startup is most definitely not like interviewing at a big company. To understand why and to save you from a similar fate, let’s explore three major differences between startups and big firms – and, specifically, how they influence your interview experience.

Any large firm worth its salt is going to have a well-developed HR function. Because no matter how egomaniacal the founder, he/she just isn’t going to have the time to interview dozens of people a week AND keep the company running. Which means that you can expect your interview to be run by seasoned professionals – the implications of which we’ll explore in the next section. Meanwhile, that hot startup is likely not to have the same kind of HR machinery in place. Sure, they might have a recruiter or even a team of them. But anyone who’s worked in a startup knows that startups are, at best, benevolent dictatorships, not meritocracies. So no matter how much HR theory and research those recruiters have at their disposal, ultimately, what the CEO says, goes. Because, as any startup founder will tell you, “talent is my competitive advantage” and so they’ll want to oversee every last hiring decision personally.

When you’ve got experienced HR pros in charge of hiring as you do at big companies, the interview process often becomes machine-like, for better or worse. Because the sheer number of interviews is so great and because research suggests that a completely uniform process (e.g., every candidate gets the same exact questions) is the most effective and legal, non-discriminatory approach, you can expect a relatively standard set of questions, just as in our opening scenario. On the other hand, when the CEO’s in charge, she may be ignorant of HR best practices, thinks she knows a better way (noticing a trend here?), or both! The result is a bespoke process that’s cut from the founder’s own cloth, even if she’s not doing every single interview. Whatever she believes to be the most important criterion for success (e.g., “We need people who can handle the pressure – ask them how many golf balls can fit in a 747!”) becomes the governing dogma, even if there’s little empirical support for that approach.

The result of the HR-led, machine interviewing process is that the interviewee becomes relatively passive. Since the interviewer has a formal list of questions to cover in a precise amount of time, there’s relatively little opportunity for the interviewee to take ownership of the conversation. Instead, the best they can do is prepare exhaustively and be ready for all the typical kinds of questions. In startup land, however, a few common factors create a window for interviewees to take charge. First, the hectic life of a small firm coupled with the lack of formal HR responsibility means that many interviewers will be winging the conversations, rushing in from an earlier meeting. Indeed, it’s not uncommon for a startup interviewer to ask 2-3 questions and then turn the tables over to the interviewee. Secondly, the fast pace of a startup means that the firm isn’t just looking for pure potential that can be groomed over months of training, as with a big firm. Instead, they need someone who can come in and hit the ground running. So being able to drive the conversation with your own, active ideas is often better received than sitting back and passively waiting to answer scripted questions.

So now you know why startup interviews can often seem so foreign to refugees from the big corporate world. But instead of fretting about this unique approach, why not take advantage of the difference? Skip the weeks of ingesting corporate factoids, of painfully rote practice, of memorizing dull stories of teamwork and business methodologies. Instead, put yourself in the CEO’s shoes and imagine the huge challenges she’s facing. And then imagine the creative ways you can solve them. So that way, when she leans back in her chair and asks you what you can do, you can say, “I’m here to help. Here are three ways that I’m going to help you overcome your biggest roadblocks. Now let’s get down to work.”

Just remember to watch out for those Nerf darts! 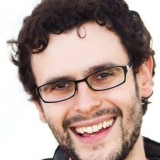 Jeremy Schifeling is the CEO of Break into Tech, a site for anyone who wants to launch a tech career, regardless of background. Learn about the 7 secrets that took Jeremy from teaching kindergarten, to working at Apple.