The importance of employer branding has grown exponentially as the war for talent rages on, and candidates increasingly make “culture” a deciding factor in their employment decision. Is your company winning or losing the employment brand battle? If you see any of the following items going on at your company, you may be further behind than you’d care to admit.

1. You still think you can control it

Way back when, all of a brand’s communications were one-way. The company spat out a message and people listened. Social media has flipped all of that on its head. Companies don’t control their brand anymore – their consumers do. And, in exactly the same fashion, employees are the key to your employer brand. They are your ambassadors; the living, breathing embodiment of what you stand for as an employer. By far the biggest mistake I see in employer branding is when companies take an old-school approach and think they can control every aspect of their branding, and then go into panic mode when something negative “gets out”.

Let’s look at two examples, both bad and good.

Earlier in 2016, Yelp fired an employee after she wrote a public blog post complaining about her salary. It seems the public criticism was too much heat for the review company to handle (does anyone else see the irony in that?), and so they fired her. In fact, HR apparently told her it was because it violated the company’s Terms of Conduct, but then later suggested the firing was because of her “repeated absences”, which the employee denied.

In my opinion, instead of firing the employee, Yelp should have taken a more compassionate tone towards the real struggles that their employees face (i.e., the cost of living in San Francisco). They had an opportunity to discuss the matter, both publicly and privately, and talk about additional benefits the company may provide its employees (perhaps insurance, bonuses, heck, even free lunches). They could have discussed an escalating pay scale and tied it back to the availability of career growth at the company. What they missed was the opportunity to turn a negative into a positive. From my vantage point, they turned a negative into a bigger negative. Luckily the fiasco doesn’t appear to have damaged the employee brand beyond repair; Yelp has been awarded several ‘best places to work‘ awards in the past year.

Now, a contrasting example is what American Airlines did when the leader of their pilots’ union blasted the company in a scathing public letter. Keith Wilson, president of the Allied Pilots Association, wrote a letter that blasted American for its “on the cheap” philosophy and a “culture gone awry”. He even ranked American well behind some of its primary competitors and said he was tired “of apologizing to our passengers”. It was lengthy, hard-hitting, and brutally honest.

And how did American Airlines respond? They actually agreed with much of it and faced up to the criticism.

Company spokesman Casey Norton said the union was “exactly right” to raise the issues in its letter. “These are all things that are incredibly important to us. We’re only two years into a five-year integration. Nothing is going as fast as we’re wanting” and “we’re well aware that a cultural change is needed,” he said. He then went on to mention that the airline has spent more than $3.5 billion on wage and benefit increases since the merger, $3 billion on improving products and services for customers, $4 billion per year for new aircraft, and $100 million on new human resources programs and technology.

So, two different examples here. Yelp takes a harsh, reactionary stand and chooses to fire an employee after an honest review of a common work condition. American, on the other hand, accepts the criticism head-on and brings to light all of the work it’s doing behind the scenes to improve. What’s the lesson? You can’t control what people say about you. You can, however, control your response and face any criticism head-on with counterpoints showing what you as an organization are doing to rectify the situation.

2. Not leveraging your EVP

Another mistake I commonly see is when companies create an Employee Value Proposition (EVP) but don’t properly stick to it in their messaging. The EVP is the foundation of your employer brand and there should be a common thread that runs through all of your external (and internal) materials. Here’s a great example of how beer maker Sam Adams weaved their EVP and values into a promotional video.

The video speaks directly to the company’s values of “staying independent” and its passion for creating great beer. They know who they are, they know who they’re targeting and the overall message, featured employees, and vibe of the video connect the dots. Well done.

3. Lack of transparency (or being inauthentic to start with)

One of the top goals in employer branding should be to show the “inside scoop” on what it’s like to work at your company. Is it serious and corporate? Or fun and casual? Don’t shy away from who you are; embrace it. Many of the mistakes I see here come in two forms:

Want a good example of a company embracing their culture through authenticity? Check out Oracle’s social media pages, where they routinely share employee-generated content that tells an authentic story of what it’s like to work there.

In order to do this effectively, go back to point # 1 above, and realize your employees are your voice. Provide them guidance, tips, and education, and then give them the means to share their thoughts about your company. Scary? Maybe, but even the most negative comments give you an advantage if you listen to them (i.e., they’re telling you exactly what to fix).

4. Not connecting to your consumer brand

You’re missing a golden opportunity if you can’t connect your employer brand to your consumer brand. In any B2C business, a huge percentage of your employees – and prospective candidates – know your company through their consumer experience with you. You must connect that consumer experience to your work experience. It’s part of the “why join us” answer. What motivates people here? Why do they work here, why do they stay here? For employees at Amazon, for instance, it’s the chance to lead the pack. Their employer brand attracts people who want to invent new things and pioneer a better way. It’s exactly why they’re the top retailer because they continue to push the boundaries and improve, and they’re recruiting those who match up with that mentality.

So, examine your consumer brand and examine what components should connect to your employees. PetSmart, for instance, ties love of animals too much of their candidate messaging. How can you connect the two for your company?

This one is clearly a no-no, but I have to mention it because I still see it. Some companies create ads – either from a consumer perspective or employer – that end up offending a segment of their target recruiting audience. Case in point – GoDaddy. When GoDaddy came on the scene, they used racy, sexually suggestive ads with attractive women in their consumer ads. Here’s an example (warning, this seems more like a strip club video, but is actually an ad GoDaddy created that several TV networks banned):

The result was that many current female employees of GoDaddy, and some potential female candidates, were offended by the ads and didn’t want to work for a company that seemed so degrading. Fast forward a few years, and GoDaddy has worked very hard to regain the trust of those female job seekers by realizing the impact of what they had done and working together with women to repair the damage.

60% of small businesses are led by women. Today, we celebrate their success across the globe. #IWD2016 pic.twitter.com/auyLQiPdc0

Building a strong employer brand means embracing everyone’s opinions (even publicly), being authentic, and understanding your target audiences. Hopefully, you don’t find yourself in a familiar place with these “bad” examples, but if you do, it may be time to readjust your employer brand strategy. 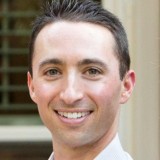 With a depth of experience in Recruitment Marketing, Employer Branding, Social and Digital Recruitment Strategies, Adam Glassman is on a mission to transform Talent Acquisition. Connect with him on LinkedIn and join the battle.