Many recruiters like a good poke! A quick “want a job?” nudge which statistically is unlikely to result in a responsive candidate is usual, acceptable activity for the many a recruiter.  They see it as a great way of attracting attention.

Imagine if you did this face to face? You’re at a conference, you sidle up to someone and before you’ve even asked their name, you go in for the (job) kill… You just wouldn’t do it (would you?) – but I hear about it happening online all the time.

The digital arena has given some recruiters a platform to attract attention by showing rabid tendencies – InMails, invites and messages through LinkedIn Groups, messages (currently free outside of the US) via Facebook, eshots, etc… all encouraging easy access to unaware would-be candidates.

Many recruiters claim that they have absolutely nothing to say online (which is a bit of a shame and ergo their face to face meetings must be a real bore!). I can handle that objection with: at least you can mingle the dance floor and get a little tactile and do some stroking.

This is what Mark Zuckerberg said during a live Facebook webinar:

When we created the poke, we thought it would be cool to have a feature without any specific purpose. People interpret the poke in many different ways, and we encourage you to come up with your own meanings.

Now the poke has become a war.

It’s because it is. It’s annoying. You’re attracting the wrong kind of attention. By definition, you’re just touching me without offering anything of value (don’t go there… I’m on really thin ice throughout this blog and it could crack at any minute!)  Funnily enough though, you don’t need a button with the word Poke on me to poke me!

A complete lack of foreplay!??

I prefer to think of stroking rather than poking.  There’s more effort aimed at me, thus it’s more genuine and you’re likely to get a more positive response from the recipient.

How to stroke your clients and candidates (real or potential)?

Poking may be an effective strategy at 01:30am on a work’s do, but it really isn’t that effective online when the majority of “talent” is likely to feel harassed by unwelcome, wandering digits.

Cats who get stroked invariably nuzzle back!

Final thought, don’t forgot to stroke thought leaders too! (If you don’t know who the thought leaders are in your sector, shame on you; you’ve probably been too much poking to notice who the influencers are?) 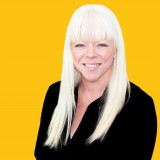