I’ve interviewed people almost every day for almost ten years and I have to say I love it. I love meeting new people and I feel a huge responsibility to make sure I ‘bring it’ to the interview and by ‘it’ I mean the very best version of myself. After all, the job seeker has probably got up an hour earlier that day, been practicing answers in the shower and had that extra cup of coffee, so of course I need to make an effort too.

I love meeting that amazing person, the one who has all the right answers (and a few wrong ones, but it doesn’t matter). The one who, after only 2 minutes of talking to them, makes you felt like you have known them forever. They are a total inspiration and express their positivity. They give you great examples of what an exceptional team player they are and how they believe that working together for the greater good of the company is what drives them. In summary they are just perfect and the job is definitely theirs …actually you secretly want to be their friend!

The interview is finished off nicely and you walk past the offices and reach the door to say your goodbyes and you ask them (with no agenda other than to just make conversation) ‘So what have you got planned for the rest of the day?’ and they reply ‘Omph, I have a really boring team strategy meeting’ as they roll their eyes and pull a face.

I am concfused…no, actually I am devastated!! Surely this can’t be the person that was just telling me how positive they were and what a great team player they were. Was it all a lie? Are they a fake? They are not the magic ingredient I had been looking for and we are probably not going to be colleagues (or friends for that matter). I was left deflated and rightly or wrongly, I offered the job to someone else.

A client of mine once told me that they interviewed a great guy, who had made a dazzling impression until the receptionist saw him spit out his gum on their steps as soon as he walked out of their building…….it was game over. Or the finance company in London who told me they had a camera in their lift which showed a lady (who had just finished her interview) punching the air victoriously and they came to the conclusion that they didn’t like her cocky attitude or arrogance. Not sure I agree with that decision, but it does show that even the smallest things can make up an employer’s mind.

The one mile rule

I always talk to people about the one mile rule. The interview starts one mile before you get to the location and ends one mile after you left. We all say silly things that we regret, but don’t let the ‘post interview walk’ become one of those times….especially not with a sentimental soft touch like me as the employer (my heart may not recover).

More interviewing tips at Do You Know How To Sell Yourself in a Job Interview? 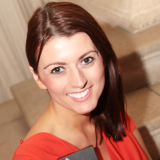 Aimee Bateman worked for some of the world's largest recruitment companies, before setting up her own consultancy. She has helped thousands of people get their dream jobs and has appeared in a number of TV programmes as the 'Recruitment Expert' on BBC 1 and BBC 3. Aimee is also the founder of Careercake.TV which is designed to help people thrive in their careers. Follow Aimee on Twitter @CareercakeTV.