I love LinkedIn. But I do not trust LinkedIn.

For recruiters, it’s obviously a key tool, and clearly a brilliant invention that is part of a seismic shift in the way recruitment works. I wish I had invented it.

But I believe, that for agency recruiters, LinkedIn is not your friend.

Don’t get me wrong, we need to use LinkedIn, and become better at scouring its database for the nuggets that reside therein. We also need to use it for developing client prospect lists, and be sophisticated in building our personal credibility, profile and brand, via status updates and group discussions. That much is a crystal clear, to even dumb old me.

But I do start to get uneasy when LinkedIn is accused of illegally accessing users’ personal email accounts without permission, and subsequently ‘harvesting’ email addresses, which it then uses to send multiple emails that appear to be endorsed by the LinkedIn member. In fact US members of the site have filed a class action complaint, now before the courts. (For the record, LinkedIn deny these claims vigorously.)

Sure, that makes me nervous. But what worries me much more even than this, is that it is obvious that LinkedIn does not care about staffing companies. And I do not trust LinkedIn to act in our best interest. In fact they are doing quite the opposite, right now. While LinkedIn sells its recruitment packages to agency recruiters aggressively on one hand, seducing us to partner with them and eschew other forms of sourcing, they quite blatantly sell the same service to corporates using (and I quote from their marketing literature) lines like…

“We will reduce your agency spend and reliance”

They don’t even try to hide their disdain for our industry, as witnessed by the very blatant threat in their IPO prospectus, which read:

“We believe our solutions are both more cost-effective and more efficient than…… hiring third-party search firms, to identify and screen candidates.”

But even this does not cause me sleepless nights. An enemy identified, with its plan exposed, is possible to beat.

I can’t help think that LinkedIn, being as smart as they are, know that 90% of hires are made directly, without agency intervention. They are also fully aware, indeed part of, the trend, for corporates building recruitment strategies that bypass agency recruiters.

It’s obvious then that the real market for LinkedIn is the corporate hiring manager, not agencies at all. That is where 90% of their potential market is after all, and it’s where the market sentiment is too.

Jeff Weiner CEO of LinkedIn laid out the plan as such:

The underlining is mine. Is that not clear? They want to own vacancy and job seeker matchmaking, globally. Temporary and permanent. Do you think their plans include keeping third-party recruiters in the game?   I think not. Recruitment agencies will be road-kill as far as LinkedIn is concerned.

Add to this the fact that LinkedIn is adding new members at the rate of 2 per second. No typo there. That’s two new members – per second!

So if you were in the LinkedIn Boardroom bunker, would it not be clear?

Use agencies as a cash cow while we build our global database, but at the same time deftly seduce corporate hirers as well. Then, when our database is so compellingly strong and filled with the cream of global talent… BAN agency recruiters from our platform altogether!

Then, what a compelling sales pitch LinkedIn would have for their corporate client base. Their real target market.

“Mr/s. Corporate client we have the largest database of talent on the planet, and no recruitment agencies are allowed to touch them.”

This last part is unashamedly a conspiracy theory. I have no hard evidence to prove that is what LinkedIn plans. No one told me this.

However it is true that I made these exact statements at a recruitment conference in Sydney, to an open-mouthed audience listening in horror as I painted this doomsday scenario. And an executive from LinkedIn was in the room when I said all this.

And he was the next speaker at the conference. And I hung around to hear what he would say. Thought it might be entertaining.

It was. But not in the way I thought.

This is what he said;

“I agree with 95% of what Greg Savage said. Now on with my presentation”

Makes you ponder doesn’t it?

Do you trust LinkedIn? Have your say below. 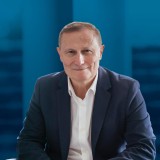