I am very fortunate to have a gorgeous 5 year old. However, over the last 6 months a game called “Minecraft” (which is like a digital version of Lego) has taken over our lives.

Having had to endure hours of this game, I have realised how much I learn from him and how different we see the world around us.

It has really puzzled me to why he would spend hours on a game with no specific goals, but here are some of the things the world of recruitment could learn about this generation from this game:

Mineraft was designed with the main principle of building a community, in order for the game to be interesting, you play multi player. There is a heavy focus on engagement with my son playing with his friends and cousins across the world.

There is no advertising on the game and no rule book or manual. When you first start, you are reliant on the community for ideas and tips however, there is over 68 million videos uploaded about Minecraft on YouTube. But once you get to grips with the game, it’s good manners to give back. This is why it is such a successful community full of user-generated and downloadable content – whether it be videos, other worlds,  mods or skins.

The game was made for Generation Z  because it is cultivating collaborative and intellectual stimulating.

READ MORE: How to Build a Talent Community: Look for Sheep with Mice.

This generation are going to be the most entrepreneurial ever having watched Mark Zuckerberg, Jack Dorsey and most recently Jan Koum come before them.

My son’s idol is a chap by the name of Stampy Longnose – a 23 years old who still lives at home with his Mum and Dad and makes a living from YouTube. Currently working 10 hours a day in his bedroom, Stampy has  2 million subscribers to his channel with some of his videos having as many as 11 million views – more than Eastenders or Coronation Street have on television. His living costs come from advertising – to give you an example his most popular video would have netted him $77,000. Not bad for a day’s work.

My 5 year old seems to only ever talk about having his own business, maybe because I am entrepreneurial. He sells his old toys on eBay to fund the new ones he wants – switched on right?

We talk about unemployed youth but are these guys ever going to want a 9-5?

RELATED: Sack Your Boss! How to Become an Entrepreneur in 6 Easy Steps

My son is from a multi-device family and has been using an iPad and smartphone since he learnt to walk. Facetime, Skype and even Whatsapp are the ways he communicate with others. Even though he is still learning to read and write, he can’t tell the time but since he started school he has been learning how to code via code.org.

I am part of Gen Y and would consider myself tech savvy but these guys are something else! It’s like technology is in their blood – just look at the way they watch television via YouTube and Netflix!

Just recently my son wrote his first story about Minecraft on Prezi and made it look easy. My mind boggles because I can’t even begin to think what he will be capable of when he enters the work place!

It’s all about me!

God, are they demanding! Most of their communication is instant and with so much information out there, they are self-educating. They are also self-aware and this is only going to continue – just look at the #selfie craze!

With all these YouTube videos, photos, multimedia presentations, and personalized content, they are also the most creative generation yet. My son’s mind never stops, but the amazing thing is he doesn’t have problems – only solutions

With the first Gen Z population starting to enter the workforce, recruiters just aren’t ready for them. Most recruiters still can’t get social media and are still using LinkedIn as their main platform, whereas Gen Z have only ever known social media. Generation Z represents the greatest generational shift the workplace has ever seen. 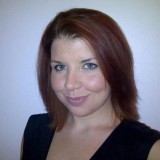 Amanda Ashworth is an agency recruiter with a passion for social recruiting, who now focuses on marketing. She blogs about the changes within the recruitment industry and social media. Follow Amanda on Twitter @RecSocially.