Well, this blog won’t make me popular with recruitment agencies, but that isn’t really anything new. Fellow Undercover Recruiter blogger Robert Wright wrote a blog recently about how recruitment agencies can survive the move towards in-house direct hire models, so I thought I would upset him too and tell you how my organisation has saved a fortune by doing exactly that. (Sorry Robert).

Let me start by saying we have some excellent agency relationships, and I don’t believe that it is possible for an organisation to have a hiring model that excludes agencies completely. They remain part of our talent acquisition strategy and that won’t change any time soon. I do however believe that they are expensive and their use should be carefully considered rather than automatic.

Over the years our agency spend had increased. We were focusing on quality of hire and took our eye of the ball in terms of cost. We had simply got into the habit of turning to agencies far too early in the process. We used job boards, but not enough, and we often briefed an agency before doing anything else, even advertising on our own website. So this time last year I decided it was time to tackle it, and this is what I did.

How we built an in-house recruitment team

Job boards and LinkedIn are key

Over the last year we have directly hired everything from a part time customer service advisor to a director. One direct candidate for a senior role told us it was one of the best recruitment processes he had ever been through. We also spent a bit more on job boards, using a mix of generic and specialist job boards. Also key to our success was a LinkedIn recruiter seat, which has more than paid for itself and is great for promoting your employer brand generally as well as driving applications.

The barriers to entry to a direct hire model are relatively low; you just need to be willing to make the investment in the first place to reap the rewards in a reasonably short time frame.

A year on we are still using agencies, and I don’t expect that to change, for now anyway. However, we have saved over £200k in directly sourcing roles that would otherwise have gone to agencies. It’s not an exact science as some of these roles might just have easily been filled through our own website without any effort, but you can’t argue with the fact we have saved our company a ton of money. Combining this with an increased focus on employee referrals and use of social media for promotion of our roles, I expect our cost per hire to drop even further next year.

So I would say to all in-house recruiters: what’s stopping you?

Related: What is the Point of a Recruitment PSL? 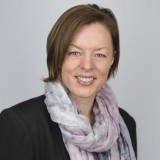 Gemma Reucroft is a HR professional specialising in recruitment and employee relations, with a passion for coaching. She tweets as @HR_Gem.