Castle Medical is the fastest growing healthcare company in the United States, according to the 2015 Inc. 5000 U.S. fastest growing companies list. They ranked #4 over all and #1 in healthcare. So I interviewed their Director of Human Potential, Jonathan Hayes, to see exactly how they hire for that kind of fast growth—over 25,000 percent growth over the last three years.

He told me how they hired Alisa, for example. Her story typifies Castle Medical’s company culture and how they hire for fast growth. Stream (or download) her story here:

To put raw data behind their top five ranking among the 5,000 fastest growing U.S. Companies, these stats will whet your appetite and your need for speed:

Castle Medical’s goal as an organization is “to become a world class organization through acquiring top talent who can allow us to grow in some highly competitive markets.”

Hayes’s HR goal for Castle Medical is to “provide purpose, direction, and motivation to the team, for not only short term goals, but long term goals and the organization as a whole.”

So how do they hire for so much growth?

It’s all about networking, says Hayes, even if you may never hire those with whom you network:

“This Wednesday I’m going to be interviewing a COO at another healthcare company. I’m not sure there’s a place for him in our company yet, but the thing is I need to be networking with people like him who have very high-level expertise. I don’t think we have a place for him, but he might have a network of people I need to break into and rub elbows with at the right time.

“What’s more, his insight (and sharing insight with him) may create some type of synergy that can open the doors to new experiences for both our company and his. It’s about networking and getting with people who have been in the industry for 20, 30, and 40 years.”

How do behavioral-based interviews take away “fudge” answers?

“So somebody who may have spruced up their resume and put things on there that may have been something they had witnessed or an ancillary thing that they didn’t actually go through themselves—I’m going to be able to determine whether or not they actually took part by way of asking them to tell the story.”

How do you conduct a behavioral-based interview?

If you do the behavioral interview right, there’s no way they’re going to be able to fudge their answers.

This is where Hayes turned the interview around on me! He started asking about podcasting for blogs, which is what I do. So if he was interviewing me for my current job, he would say, Okay Chad, tell me about a time when you had to interview a person for a podcast.

“Then, you would give me a high-level answer. I’m going to say:”

How do you conduct a behavioral-based interview for healthcare hiring?

“Funny, the most recent time I actually did this behaviorally-based interview was when we recently hired a regulatory compliance officer. It was just days prior we had an incident that involved HIPAA that was very complex. There were moving parts all over the place, people all over the place—a multiple-state issue.

“I had already handled the issue (and handled it correctly), but I used that scenario to ask the gentleman that I was interviewing how he would handle it. I brought him step-by-step: What would you have done if…. Then, I laid out the whole scenario and I was very impressed with his knowledge and the way he brought me through what he would have done.”

“As we move into different models in the healthcare industry, which we are doing in 2016, we need to find top level talent who can step into these positions and make an immediate impact. I’ll be traveling around, looking for the best, and it doesn’t have to be at the C-Suite level—it can be at every level of the organization.

“Healthcare is ever-changing. There’s no room to be stagnant, because if you’re stagnant, essentially, you’re moving backwards. Next year I don’t want to be on the Inc 5000 list any further back than #4; hopefully we’ll be closer to the #1 area.”

Jonathan Hayes is the Director of Human Potential for Castle Medical, which performs workplace drug testing as well as testing for hormones and vitamin levels, and DNA testing that can help determine proper dosages. 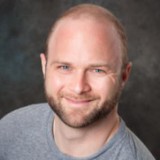 Chad Harrington is the Content Director for Relode, the human-powered job posting with the affordability of a job posting and the precision of a headhunter, for whom he writes about hiring. Contact him through email: chad [at] relode [dot] com.