Poppy Rose Cleere (@Poppy_Powers) – yep this lady nailed it. She stood up for the little people, and stuffed the ‘suits’. The cheeky Social Media Coordinator at HMV as good as live-tweeted the financial circumstances-led removal of 150+ people at HMV last week, and became a cult hero – and with the added amusement that she still had access to the @HMVtweets Twitter account.

“She used the power of social media” say commentators.

“She showed them a thing” say others.

Apparently her brother said that she has been offered jobs galore since.

So I recruit social media people – and instantly the thought is, this girl will be hot property.

But then we have to step back, and consider the bigger picture. It’s not as clean cut as that. If Poppy’s CV landed on your desk, would you really be thrilled? If you consider the matter of compliance on social channels by your average employer, then Poppy broke all those rules. If you are looking for a beacon of professionalism, acceptable face and brand advocacy through thick and thin – then Poppy broke those rules too. She probably even broke the terms of her contract too. Not employee of the month substance.

Ok, she was understandably angry. The circumstances were not good. But this is a company she has represented since August 2010. The company that introduced her social media career with an internship opportunity and progressed her through the marketing ranks while she undertakes her degree at Hertfordshire University. It’s been a setback what has happened to HMV in the past fortnight – but if brand loyalty was ever someone’s to cling onto, it’s was Poppy’s surely? Given the opportunity they gave her? Ideal employee…? Not so sure.

We can go further to assess skills, we look at the HMV Twitter feed she managed, and search for spectacular – and you don’t find it. It’s a feed of news, articles and announcements – but no customer interaction. Maybe they were the rules – but when we look for proof and characteristic of work in assessing capabilities, we have to look at this stuff in relation to the hiring company. It must be said that Poppy is not the only Social Media Coordinator at HMV, but it’s important we as recruiters get a feel for her thoughts and feelings of achievement on the profiles they have managed.

What one person regards as a major success, may be paltry success in others eyes. It’s important to understand the context of a social media role for the organisation being represented, and what merits a successful company profile in these channels.

Sometimes on the face of things, a social media professional is assumed to be a star and a prized catch. Often, it isn’t necessarily the case. It’s important to understand the depth of someone’s experience and it’s relevance to specific roles.

Just because a Social Media Manager ran a big name account, it doesn’t mean they are as good as the brand. A brilliant comment from a client of mine who was presented by a recruiter, with the CV of her direct competitor’s Head of Social Media was:

Why would I want THEIR Head of Social Media? Their social media presence isn’t very good! Could the recruiter not see that, compared with ours??!!

Now this is not designed as a dig at Poppy at all. I’d love to meet Poppy and talk about this stuff. It’s my job to understand this stuff, and make pre-assessment on the basis of existing roles and her suitability. It would be wrong of me to write her off. However, the knee-jerk support and suggestions of job offers, seemed very premature – and seemed to come from notoriety over responsibility. I bet recruiters swamped her with attention, without understanding the irresponsibility of her actions, and the consideration of the points I have made in this piece.

Good luck to Poppy Rose Cleere. She has herioc qualitys that I admire, and maverick tendencies that win me over 100%. I would employ someone like that. But then that’s me all over.

But just because I like her, it doesn’t mean my clients would. It may be less easy, or right, for Poppy to get 100% credibility running social media for a corporate presence.

In a world where people don’t stay in jobs more than 12 months on average, consideration in hiring, of all the factors relating to career development and opportunity, is essential. Knee-jerk hiring is bad for all concerned.

Poppy is 21 years old, with an undoubtedly great potential career in front of her. I hope someone hires Poppy responsibly. For her own good.

RELATED: How To Dazzle Recruiters with Your Social Media Profiles 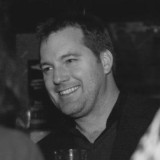 Steve Ward has been recruiting for over 20 years, and following running his innovative agency CloudNine for 10 years, Steve returned to consulting and now works as a Talent Attraction Strategist for growing companies, helping build effective employer branding and social communications strategies.