Amelia had worked as a lawyer specializing in drafting wills for over two decades. Some not-so-great firm-wide changes at her office had her thinking about her career direction. She was wondering if a career change would be a good move for her and had reached out to me, a career coach, to talk things over.

“My career has been okay so far, but sometimes I wonder if I’d be happier teaching yoga or something,” Amelia explained to me. “But then, I’m not sure. I still need to save some more for retirement, and I make a pretty good living in my current profession.”

Amelia’s comments hit on two of the three big life areas that our career decisions affect: our level of fulfilment and our financial health. The third area is our personal time/ well-being. I knew that Amelia’s priorities in these three areas would heavily influence any upcoming career decision she made, and I wanted to learn more about what was important to her.

“If you had to rank the areas of fulfilment, financial health, and personal time/well-being in terms of their importance to you, what would be your top priority right now?” I inquired.

Amelia thought about it for a bit and replied, “Financial health. I really want to be in good stead for retirement.”

From lawyer to yoga teacher?

Bingo. This was an important piece of information. Her current job matched up with her priority of financial health while becoming a yoga teacher would not be as likely to offer the financial security Amelia was craving. Still, I wondered if being a lawyer was a total chore for her or something that she actually enjoyed. I wanted to know what she really wanted to be doing with her time.

“Out of curiosity, what do you think you’ll want to do during your retirement?” I asked as follow-up.

Amelia gave a little chuckle, “I’d probably keep doing the legal work I do now, but part-time. I actually find a lot of enjoyment in my work and helping my clients.”

Amelia and I talked a bit more and concluded that making a career change was more of a pleasant fantasy than something that she really wanted to pursue. Her current job lined up well with her priorities, so she didn’t have much of an incentive to put in the effort needed to make a change.

Let’s check in on your situation to see whether making a career change is what you really want to be doing with three key questions. Notice what your current career path giving you in terms of fulfilment, financial health, and personal time/ well-being. If you had to rate each item on a scale of 1-10 (with 10 being high), which item would come out on top?

What is your current, ideal ranking of these three areas? I know it would be great to have them all, but if you really had to put one down as the most important, which one would be in the lead for you?

Is there a discrepancy between what your current career path is giving you and what you are most wanting? For example, are you in a job that is extremely fulfilling, but you’re craving a bigger financial return? Or are you working non-stop at a high paying job and wishing that you had more down time?

If your current career and your priorities are fairly closely aligned, as was the case with Amelia, then you probably won’t have enough drive to pursue a career switch, even if you occasionally entertain daydreams of doing something different. You can find peace in the acknowledgement that you are working towards the life priorities that are most important to you right now.

If there is a disconnect between what your career is giving you and what you’re most wanting in life, then giving serious consideration to a career change will likely be in your future. It is this lack of alignment that provides us with the motivation to pursue a change. Noticing and naming what is “off” is the first step on the path of figuring out what would be better.

Career changes involve effort and, often, sacrifice, but the reward of a better fitting career path can make all the work worthwhile. Make sure you are pursuing a career change because of something that you truly want from life, not just because you’ve had a bad day at work. 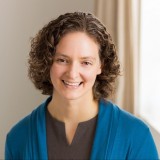 Alison Cardy is the author of Career Grease: How to Get Unstuck and Pivot Your Career. She is a career coach who specializes in guiding men and women all over the world through career changes.