According to a recent U.S. government ‘statistic’, the inflation rate is about 1 percent. But anyone who buys anything knows that’s probably not a true portrayal of costs even though that rate is defined as ‘the rate at which the general level of prices for goods and services is rising.’

The same argument can be made for what the media, government, and politics use when quoting the unemployment rate from the Bureau of Labor Statistics.

That rate refers to “the percentage of the total labor force that is unemployed but actively seeking employment and willing to work.” But that rate is not an accurate portrayal of the percentage of Americans who want to work full-time but aren’t able to. The ‘official’ rate doesn’t include those whose unemployment benefits have run out, those who are under-employed (e.g. working part-time when they’d rather work full-time), or others who choose for whatever reason not to file an unemployment claim.  That’s one reason why I’m opposed to the decision to cut off federal unemployment benefits.

By using the ‘official unemployment rate’ nearly 90,000 New Jersey residents had their unemployment benefits cut off on December 28th as Congress failed to vote on extending long-term benefits before going on recess until early next year. But even that number is a bit deceiving as it doesn’t include what I call the “forgotten unemployed” – those who aren’t counted by the government.

I agree there needs to be a finite amount of time before a person’s unemployment benefits expire. But along with unemployment benefits, there needs a viable system in place to help train those that want to work in a field but don’t have the needed skills. This isn’t just about re-training someone to do a different type of job as much as it is to explain how to ‘network’ – that generic term meant to explain how to find jobs besides applying online to job boards and sending up your resume hundreds of times without hearing back. Teach how to connect with people, schedule ‘informational’ interviews, have resume review sessions, and schedule job fairs that don’t just have customer service or sales jobs.

For those of us (me included) who are a specific ‘age’, we acknowledge there are many biases that hinder our individual job searches. Many employers won’t hire someone who’s out of work; others will find ways to not hire an older person by questions they ask and by how they phrase a job description. Others assume we won’t work for a specific salary based on our job history.  Let’s just say when I get called by a recruiter and their first question is whether I’m working and I say ‘no’ that conversation ends abruptly without any acknowledgment or interest in my situation. I’ve learned to ‘dance’ around that question and others like it.

We all can agree to disagree on how we got into this situation – but pointing fingers and grandstanding isn’t going to change anything soon. Emotions run high and there are some simple ways that we can fix things as long as we acknowledge the system is broken and not point fingers and play the ‘blame game.

There needs to be an open discussion between hiring managers, recruiters, those out of work, and those who are working. We need to leave the government out of this equation as much as possible. I’ve said on more than one occasion that the government Healthcare website would’ve been up and running a bit easier if they let many of the IT and marketing people who are out of work fix it. As well-meaning as some in government may be, a long-term (no pun intended) solution needs to come from a consortium of officials at Fortune 500 companies and other stakeholders.

There are many great job support groups that have sprung up out of necessity – the challenge is to integrate the best of each into one location. I’m calling on those who are in a position to help me make this dream come true. I also facilitate several job support groups in northern NJ. I welcome LinkedIn connection requests. 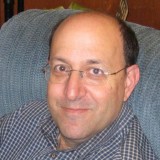 Kenneth Lang is a social media analyst who has worked with job seekers and small business owners on how to best maximize using LinkedIn for specific goals. He’s worked for large and small companies, most recently as Online Project Management Support for The New York Times in New York City on the International version of the newspaper – The International Herald Tribune.

Kenneth is co-founder of Steps To Success which offers individual and group LinkedIn sessions for business owners.