Since the birth of recruitment agencies after the second world war, recruitment has undergo a number of changes and improvements over the years. The 1950s saw the CV become an necessity for all vacancies, and the first job advertisements appeared in 1970 newspapers.

Technology has played an incremental role in improving the hiring process. From Microsoft Word to the internet, technology has changed the way we connect with others. Our friends Flo.co.uk have put together a useful infographic charting the technological advancement that have evolved the recruitment industry.

RELATED: How to Break Into the Tech Industry 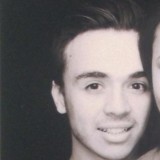