Talking to people in different cities and regions is different.

If I had sent the following invitation request to Kem in San Francisco, California:

“You’ve got skills. Skills we need. Want to work on some cool stuff? Let’s connect!”

He wouldn’t have replied.

Instead, if I sent this:

“Ok Kem, I think I’ve met all the “Advice for Contacting Kem” starting with:

If I’ve met all your requirements, let’s connect!”

Likely Kem (or any candidate) would have accepted this invitation, by the way he did.

So, let’s take a look at how online communication should be done.

When I launched into tech recruitment (specifically in the Los Angeles and San Francisco Bay area), I noticed what appeared to be an algorithm of rules and etiquette that occupied many if not all LinkedIn pages I viewed (okay, rather creeped).

Tip: DO try to make reference to something that connects you to the candidate. If you’re reaching out with a job opportunity, be authentic.

There is no exact system to what I’m talking about here.

You might need to tweak your deliverable (i.e. your content), and that’s okay. It’s about knowing YOUR audience, and then shaping and refining, rather than creating something from scratch. This doesn’t mean you necessarily need to have a different voice for every candidate, you are one person, one voice; choose different words for that audience.

From my experience, mobile developers in the Greater Los Angeles area tend to have strong personalities, displaying a little of what makes you unique as a recruiter, may not necessarily lure them in.

While UI Engineers in the San Francisco Bay area have sarcastic, witty, sense of humors, so they’re up for conversation as long as you have something tangible to discuss.

Conversations I’ve had throughout the year, talking to recruiter friends across the United States, who note: in terms of language, tone, even the speed at which you speak, can be different in New York, Atlanta, Chicago, and even in San Francisco.

Tip: Determine how valuable customized messaging is to you (the recruiter).

Establishing relationships and building rapport with potential hires quickly is important, but so is your time. Tailor your content on the region, city, and position. Sometimes people just want to know what the job is; they don’t care to get to know you (the recruiter).

What’s the secret to understanding your ideal candidate?

What I learned: there’s no secret. The challenge is, to not necessarily get candidates to talk, but to get them to listen. Thus, appropriate language, tone, personality, speed are fundamental to any area of recruitment, zip and/or area code.

John Sumser the founder, principal author and editor-in-chief of the HRExaminer Online Magazine, recently tweeted out a reference to his 2011 ‘recruiting is local’ slide deck.

He explored the topic of: “national boundaries, is really a set of cultures defined by culture, demographics, age”.

Tip: If you haven’t come across this gem above, I encourage you to check it out.

Reminder: if you see this: “If you contact me to join your network do not use templates. Explain why we should connect. I am not looking to connect for the sake of connecting.”

Author: Angela Bortolussi is an HR Specialist and Recruiter with Recruiting Social’s Vancouver office. Connect with her on LinkedIn or follow her on Twitter at @ABortolusssi. 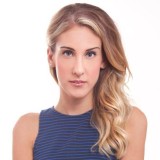 Angela Bortolussi is Recruiting Manager [Specializing in Technology I Product] for the Vancouver and Los Angeles Recruiting Social’s office.