There’s a lot of it going around. Maybe it’s happened to you. So you’ve been “made redundant” and you are worried about how to explain that to friends and business contacts, and especially to recruiters and potential employers. After all, who wants to hire someone who is redundant, right?

This may sound like a rather fine point, but in reality no organisation can make you redundant.

Think about it for a moment. Between the day before the redundancy and the day after, what has changed to lessen your skills, acquired experience, intelligence, knowledge and behavioural strengths? Not one thing! Yes it is possible that your skills and knowledge may be getting out of date if you have not kept up with developments in your field, but most of the value you have to offer is still intact, irrespective of the “redundancy”.

They can take your job away but they can’t change you.

Reality Check #2 – Why did you leave?

A fair question, which you will run into frequently. You will have to have a confident, positive answer to explain why you have you left or want to leave your last or current employer.

To reassure you a little, while there may still be some people around who take a less than positive view of a job applicant who is facing redundancy, most people recognise that most redundancies these days have nothing to do with your capability or performance. Not only that, but most people you meet during your job search will either have experienced redundancy themselves at least once – or they will know people who have. What matters is how you handle it when the question comes.

It can help to put together a brief statement ahead of time so that you are not fumbling around for words when asked. Many coaches and outplacement organisations would suggest you try to avoid using the word ‘redundancy’ or if you can’t avoid it altogether, connect it to the job not to yourself.

Check out these examples and consider which you would rather hear if you were a hiring manager:

Candidate:         I got made redundant. I guess you could say I was a casualty of the latest cost cuts. (As a recruiter I have actually heard people say this sort of thing!)

Who wants to hire a person who thinks and acts like a victim when things get tough?

Candidate:         The Company had been under pressure for some time and there was a real focus on costs. As part of this, several roles were made redundant and mine was one of those affected. I see this as an good opportunity to move ahead into a new and challenging role.

This sounds like a person who has some resilience, a positive outlook and the will to grasp a challenge and make the best of it. Much more attractive to most employers.

Related: 5 Ways to Finding a New Job after Being Laid Off. 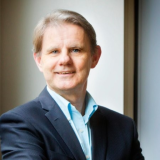 Gavin Lister is an executive career coach who guides senior leaders through transition. A former recruiter and manager, he is dedicated to helping clients articulate and communicate their "special edge" in a competitive marketplace.