I was coaching a real ‘high flyer’ the other week and she felt that the trust between her and the owners of the business she runs (in the UK) had been broken. Part of the reason was that they had not done what they said they would and had not honored their promises, however another part of it was that they didn’t seem to appreciate her. She solves the problems, covers up the messes and mistakes made by the other part of the business and they never say thank you or apologize for putting her in the position of having to cover up to clients – so she’s leaving!

So what do employees want to hear from their boss?

They want to feel valued. Even if they are not exceptional or busting their gut, people want to be recognized or – in the language of TA (transactional analysis) – ‘stroked’. Sometimes we forget that common politeness means a lot. I was told by one person that the ‘straw that broke the camel’s back’ and decided them to leave a company was when the boss helped himself to a birthday cream cake and did not even say ‘Happy Birthday’ to the donor. Little things matter.

So what are the 7 things employees most want to hear?

– Even if it is what they are being paid to do, without them your operation would not happen!

– With the reply listened to – they are people, not machines!

– Every day, notice and show gratitude for a job done and if it is, it will get done better, because they know you notice

– Because they are people and individuals and if they change their hair, their clothes, or their specs they want to be noticed, if they do extra work, make a contribution, highlight a problem…

– Surprise them – research shows that unexpected rewards have more power to motivate than an expected reward (becomes a right) or the salary (it is my contract).

– Just be polite, and mean it!

7) Yes, I know you have an opinion and it does matter.

– When you are considering change remember they are doing the job, they are speaking to the customers. They may have ideas. and whilst they may like the ‘way they have always done it’ you can not persuade them to change if you don’t listen to their objections.

People think work is all about earning money – it is, but it is not just about earning money and just because they are being paid does not mean they are not valuable or that they should not be recognized as such. When work becomes solely a financial transaction you have lost access to their discretionary effort. People find an identity, a social circle, intellectual challenge, and meaning in life through work. They will find more of those and be more committed and productive if they hear what they want to hear, that they are valued.

Related: 7 Ways NOT to Impress Your Boss 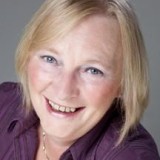 Mary Hope is the founder of Mary Hope Career Success, she works with executives and managers to support them get paid more, promoted faster and feel more satisfied. She has 30 years experience of HR, training and headhunting both private and public sectors, is a published author and career coach. Follow Mary on Twitter @maryhopecareers