For the first time in decades, England’s World Cup chances are actually looking promising. Early success has united the British people, with discussions dominating the workplace, Tube trips and after-work drinks. Optimism is at a high, thanks to strong performances by Gareth Southgate’s men and some poor results by other teams – world number one team Germany is out and within the first two days of last 16 qualifications, powerhouses Argentina, Portugal and Spain have all been sent packing.

While their success can be attributed to a number of factors, Southgate’s selection strategy is arguably one of the defining influences. With a left-of-centre approach and a willingness to go against the grain, recruitment professionals can learn a lot from his methods. Here are four of the best:

1. Not one size fits all

Southgate’s chosen formation 3-5-2 has created a dependable base from which the team could build plays and open up possibilities for the midfielders. These midfield positions could be filled by a number of players due to their versatility, giving the coach a chance to play a number of different players without changing the game plan.

This approach demonstrates that when it comes to recruiting, not one size fits all. While there may be some key skills that you need to satisfy, each person can bring something new to the role. Therefore, don’t limit your search to candidates that perfectly fit the bill – spend more time examining qualities outside of technical skills. Is every candidate on your shortlist a great team player and adaptable? Do they have anecdotal examples about experiences where they’ve worked through an issue with a client or colleague?

2. Invest in the youth

The England squad has just 449 international caps between them – fewer than 20 per person – and are the youngest squad in the entire tournament, with an average age of 26. With Euro 2020 and the 2022 World Cup in the future, Southgate has recognised the potential of younger players such as Trent Alexander-Arnold and Ruben Loftus-Cheek, giving them the opportunity to establish a coherent playing style.

We can learn a lot from this when recruiting: if a candidate is good enough, they are the right age. A graduate that’s willing to muck in, learns quickly and fits the team environment may be a better choice than someone with the exact skills that won’t suit the company’s culture. The same could be said of the inverse – a quieter or mature personality could be better suited to a mellow environment compared to an upstart that thrives on the energy of the workplace.

If this World Cup has taught us anything, it’s that a star player is not enough for ongoing success. Lionel Messi couldn’t help Argentina, Cristiano Ronaldo wasn’t enough for Portugal and even Neymar has been slow to warm up in Brazil’s campaign.

With no star name, the onus to perform has been spread between all 23 players in the squad, reducing the individual pressure and encouraging an emphasis on teamwork. Even the captaincy was shared in qualifying – Harry Kane wasn’t announced as official leader until after the final squad was revealed.

The same should be said of any workplace. No business can be carried on the shoulders of one individual, so when fulfilling permanent or temporary staffing requirements, it’s worth considering how the potential new hires will work in a team environment. Taking the time to understand as much you can about a company’s culture will go a long way in finding the right fit.

Despite being England’s number one goalkeeper in the past, Joe Hart was left out of England’s squad, pipped for three less-experienced options: Jack Butland, Jordan Pickford and Nick Pope. With exceptionally strong performances by all three in the Premier League, it came down to merit over reputation, with Southgate opting for younger energy rather than experience.

Similarly, when sourcing candidates, look for achievements over where they’ve worked. Someone who has managed the diaries of five or more people at a less prestigious company may be a better fit than someone who led one in a well-known business. 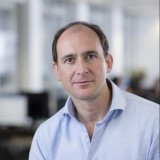 David Morel is the CEO/Founder of Tiger Recruitment, London’s leading recruitment agency for business, private and virtual support recruitment. David founded Tiger in 2001 and has written extensively in the press and wider media advising both employers and job seekers on best recruitment practice.