Job hunting and resume writing offer many pitfalls to the unwary. Knowing which mistakes to avoid increases your chance of impressing an employer with your credentials and securing that all-important job interview. Here are six common job-hunting mistakes you need to avoid:

1. Lack of a Cover Letter

It’s unclear what the source of this statistic is, but some sites claim 50 percent of cover letters never get read. The implication is you can skip writing a cover letter altogether.

Ah, but there’s a catch, isn’t there? If half of all cover letters are ignored, it follows the remaining half are read. So not including a cover letter is like playing the job applicant’s version of Russian roulette. Employers expecting to see a cover letter will dismiss any applicant who hasn’t taken the time to write one.

Even if an employer doesn’t read your cover letter, don’t assume they aren’t looking for one. Companies use some odd strategies to cull job applicants. An employer may not read the letter, but still cull applications without letters. If so, your unread cover letter might still get you through a round of the applicant selection process.

Frankly, when the job market is this intense, not including a cover letter is a major mistake. At worse, it won’t get read; if it is, your letter gives you a chance to sell yourself and your resume to the employer. Don’t take chances!

It’s reasonably common for people with good resumes to assume their work speaks for itself. As a result, they think they don’t need to network. Unfortunately, many of these confident, talented people remain unemployed.

In today’s competitive job market, you cannot afford not to network and social media makes networking easier than ever. LinkedIn, Facebook and Twitter allow job hunters to display their resumes, make industry connections and build a reputation on industry forums and message boards. For example, an expert in contractor software might offer advice to software users on one of LinkedIn’s forums, building connections that eventually lead to a job.

We’ve all heard tales of people who secured employment because they created elaborate, creative resumes. Sometimes taking an unorthodox approach to your resume works. In most cases, attempts to make a resume stand out only work long enough to get tossed on the reject pile.

You may use online acronyms among friends, but use of “words” such as LOL, IMO and other online shortcuts on a resume won’t make a good impression on employers. Nor, for that matter, will spelling errors. Use your spell-checker. A single spelling mistake can make or break a resume.

On the other side of the creativity canyon, don’t use a standardized resume template, such as the ones Microsoft Word provides. Hirers have seen thousands of cookie-cutter resumes, and recognize them immediately. A template resume implies you lacked the will and imagination to write and format your own resume. Even worse, they’re boring.

Some resumes meander from education history to employment to skills without focusing on what’s important: why the employer should hire the applicant. Your resume should quickly and concisely tell your employer what he or she needs to know.

Don’t waste time. You’ve only got a few seconds for your resume to make an impression or it’s going into the reject pile. Use bulleted lists for your skills and achievements rather than burying them in dense, hard-to-scan paragraphs.

5. Lying or “Elaborating” on an Application

I get it. I really do. The current job market is competitive and sometimes you need an edge to get noticed. Exaggerating a few areas of your resume tempts many job applicants. Some people pad their academic achievements. Others exaggerate their job accomplishments or neglect to mention certain parts of their job history.

Ethics aside, I can provide a very compelling reason not to, ahem, fictionalize your resume: you’ll get caught. Employers can cherry-pick their employees in a tight economy. They check facts online or pay for professional background checks. If the results of their research don’t match what’s on your resume, you’re not getting hired.

Finally, avoid the temptation to apply for jobs where you lack qualifications. A school of job hunting suggests under-qualified applicants should apply for jobs anyway because doing so shows moxie and gets applicant names onto the hirer’s desk.

Your resume will indeed wind up on someone’s desk, but they won’t be impressed by your moxie. They won’t think “Here’s a real go-getter, let’s keep him in mind for other positions”. They’ll just toss your resume. If they remember you at all, their opinion will be negative.

Apply for jobs you’re capable of performing. Tailor your resume for each application, and keep your networking ear to the ground for upcoming positions. Don’t lose hope; eventually persistence and hard work will pay off, and you’ll find the job you want. 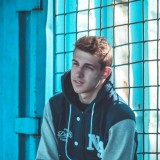 Michael is a full-time blogger who has passions in all corners of the online world. In his down time he enjoys being outdoors, traveling, and blogging on everything from technology, to business, to marketing, and beyond. Follow him on Twitter or Google+.