I did some training with our in-house recruitment team yesterday on what to do with social media in their roles – they’d spent the day with LinkedIn getting trained on the basics of setting up an account and bits and bobs like that. By the time I got to them they had that glazed look on their faces as though to say “please Charly no more”…. Charming!

I know that you know…

Ok, so I know that they know that they should be posting their jobs out onto LinkedIn and Twitter, I also know that they now know how to actually do that…. But do they know why they should be doing it? Did they also understand that you can’t just spam your followers or connections with jobs with the hope that they might, one day, think “yeh ok I quite fancy the look of that place”?! So I spent some time with the team looking at what else they could actually talk about, other than the fact that we are recruiting for Pre-Sales Consultants!

I find it interesting that each of our main social networks all have a different purpose…. Facebook is there to tell all your mates what you got up to on Saturday night (and probably for one of you’re so called mates to tag you in a photo that they absolutely promised you on the night they were deleting). Thank goodness you can select who your friends are on Facebook and so have some damage limitation there!

There’s LinkedIn where you build your network to share inspiring thoughts and ideas, along with being able to be the boss of your own career (and also secretly hope that these people may want to headhunt you in the future as you are clearly so knowledgeable in your field!!).

Then you’ve got Twitter where you can quickly update people on what’s going on in your head right now – or push out interesting articles that someone else has written, #tagging to your heart’s content. Problem is, there is no way to control who is following you on here so you have to be careful of what exactly you talk about – you may be dying to update on an exciting meeting that you have attended at work but you know you can’t tell anyone outside of the business just yet….

So where does Yammer fit into all of this? Where I work, we’ve just started using Yammer, it’s slowly crept upon us and then WHAM we’ve gone from 15 members to over 500 in two weeks…. What’s happened there then?! Well some people have invited some other people and started talking about all sorts of stuff – but its all internal! This means they can talk about that exciting meeting they have just attended and share their excitement with everyone else!

As a business, we’ve always struggled with people within our brands having the opportunity to talk to each other; whether that be because they feel they are too culturally different, or just because they have never had the time or inclination to do so…. who knows! We’ve not quite got everyone in the company (1800 people) onto Yammer yet, but we’re getting there slowly but surely.

I think people are responding well to Yammer as its breaking down all of the barriers that we have within the business – there’s no specific rules around what you can or can’t talk about. We trust our employees to be sensible… and it’s amazing what people get talking about – we’ve had discussions around fish & chips on a Friday and whether its scraps or bits, then on a Tuesday we had people from our sales team asking if anyone knew someone within a company they were wanting to target – we had three people that provided that person with leads into the business.

We have found that in a really short space of time, employees are actively collaborating with each other, and building relationships with people that they may have never had the opportunity to meet.

Back to the Recruitment Team

After thinking about all of the above social networks and what they do for us, we agreed as a team that we needed to do something slightly different on each network to keep our following engaged. We don’t use Facebook at the moment for our recruitment as most of the roles we recruit for are at a more technical level, however we do believe that there would be some merit doing a small campaign on Facebook next time we are recruiting within our contact centres.

The full team have accounts on LinkedIn, and each are tasked with growing their network and sharing articles that would be meaningful to our followers, along with sharing some top recruitment tips. We also make sure that all of our jobs are sent to LinkedIn via a weblink, and post around 4 jobs a month on LinkedIn’s job site. In addition, our fabulous resourcer is always connecting with people to build up her talent pipeline ready for when one of the Recruitment Managers has that oh so very tricky job to fill.

We use Twitter in a very similar way to LinkedIn – apart from the headhunting side, and then there’s Yammer. As I said earlier this is a new concept to us and so we’re still fine tuning how we use it for the recruitment team – however so far we have run a few different polls where we have asked for people’s opinions on the referral scheme, we’ve shared some interesting articles to help people who are attending internal interviews – and we’ve also shared some of our success stories with the business… just to show them how hard we really work!!

The team are really excited at how quickly social media has enhanced the recruitment process, and my role is to be constantly looking for new ways to make things even better for the team from a social media aspect. There are so many different social media sites out there and I have to make the call as to which I put in front of the Group Recruitment Manager as a possibility for us to use within the business – it’s a tricky job but someone has to do it!

Related: How Recruiters Can Get Started with Social Media. 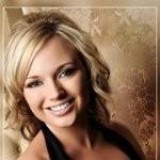 Charly Stephenson has worked in recruitment for 10 years both in an agency and in-house. She introduced social media to the recruitment process at her current company in 2010 and now leads the social media strategy for the team, along with working with the wider Group as part of the social media steering group. Charly now works as a Talent & Resourcing Project Manager focusing on driving improvement within Recruitment, Learning & Development and the Group’s people strategy.