In case you were still wondering, weather and temperatures do have an impact on office staff… and dispute are likely to happen in a number of occasions.

According to Andrews Sykes, the result on productivity is huge. During fair weather, 30% of workers extends their lunch breaks by no less than 13 minutes during summer time. Working attire, too, are obviously linked to productivity. Who likes to work wearing a suit during hot weather?

RELATED: How Can Your Office Improve Your Employee’s Productivity 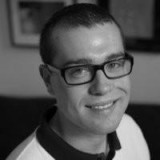