The vast majority of internet users today rely on peer-review sites before making a purchase. From books to restaurants, hotels and even airplane seats, users happily rely on online services to aid them in making informed choices. Sites such as Amazon, Yelp, TripAdvisor and eBay have made online reviews the norm for savvy consumers everywhere.

Equally, savvy jobseekers around the world are relying on social media, particularly on employer review sites for information about their prospective employers. Review sites have come a long way from merely providing disgruntled employees and rejected jobseekers with a place to vent and publicly air their grievances. In the last few years, these sites (and their user base) have matured to be reliable sources of “insider” information for candidates looking to join an organisation.

In an age where branding and corporate culture are becoming key differentiators when attracting skilled talent, employer review sites provide an alternative to the glossy brochures, media coverage and fancy corporate careers site made available to jobseekers:

Glassdoor.com – the most popular employer and CEO review site right now. Current or former employees anonymously rate their companies on a scale of 1 – 5 along with a statement of at least one pro and one con of working for the organisation.

Employees are also able to review CEOs and other high-profile business leaders who are known in the public domain. However, users are not allowed to submit reviews for “private individuals”, i.e. immediate line managers to preserve their privacy.

Each submission is manually reviewed by a team at Glassdoor to make sure that the entry is “genuine”.  Apart from reviews, users are also able to submit information regarding interview questions they faced as well as reporting salary information.

With the release of its Facebook application last year, usage has grown dramatically and the site continuously attracts new users from around the world.

RELATED: How Glassdoor Gives Candidates an Inside Look at Employers

RateMyEmployer.ca – The site displays anonymous reviews from current or past employees for Canadian businesses. To date, 36’817 reviews have been submitted for a total of 8’060 employers.  The site discourages posting reviews for companies with fewer than 20 employees to prevent possible identification of the reviewers.

All submissions are user moderated and as such, the system relies on the community to report inappropriate language, inflammatory comments and other objectionable content. Apart from flagging inappropriate material, the site also allows users to “like”, “dislike” and comment on existing reviews.

RateMyEmployer is owned and maintained by Jobwings.com careers inc., a Canadian company that also operates several job boards. However, despite being founded by a company firmly entrenched in the online recruitment space, RateMyEmployer does not advertise any jobs nor does it seem to have a revenue stream which works in partnership with any employers rated on the site.

Jobadvisor.com.au – Launched in March 2012, JobAdvisor is an Australian employer review site focusing on providing employers the opportunity to improve their online branding. As with other review sites, all submission are anonymous with all companies ranked against similar organisations in its sector.

The service’s main aim is to promote employment branding for companies. JobAdvisor urges employers to use the feedback they gained on the site as a benchmark for overall employee satisfaction whilst at the same time, leveraging the positive reviews as an attraction tool for new hires.

Kununu.com – was founded as an alternative to Glassdoor.com specifically aimed at the German-speaking market. The platform has gained significant traction in the Austrian, German and Swiss markets. Recently it was acquired and is slowly being integrated with the social network Xing.

As with other review sites, the monetisation model for the platform relies heavily on employers paying a subscription fee to respond to the submitted comments as well as enhancing their page by adding photos, videos and the company logo. Further revenue is generated by allowing companies to post job vacancies on the site.

Jobeehive.com– launched in September 2008, the site hosts anonymous reviews primarily for employers in India although there are entries for US-based employers too.

Similar to other sites, user-reported salaries and compensation reports are available alongside the company ratings. Jobs are also available on the site via Indeed.com’s platform. Jobeehive also offers a “Layoff Tracker” functionality that displays the number of employees made redundant in a given month.

The site generates revenue primarily through display advertising. They also offer employers the opportunity to promote their brand through a “Featured Employer” program as well as social media management services.

TheJobCrowd.co.uk – is a UK-based employer review sited targeting the graduate population about to enter the workforce. The site pitches itself as the ‘TripAdvisor’ for graduate jobs and internships.

Founded by two graduates, the review site focuses primarily on providing feedback for advertised graduate schemes throughout the UK. The site has since expanded to include employer reviews, as well as information on working hours and average salaries.

Hiring managers and recruiters alike should be aware of the online reviews available to jobseekers. Not every review will be positive however, being aware of what is being said about your company online allows you to anticipate possible concerns that candidates may have after reading the reviews prior to accepting your offer of employment.

At the same time, showcasing stellar feedback from current and past employees may give candidates the final necessary push when deciding between equally attractive job offers. 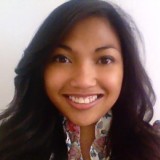 Maebellyne Ventura is the Digital Marketing Manager at Experis Switzerland, an IT recruitment specialist. She is also one of the founders of Clever Biscuit, a technology start-up creating simple and innovative products. Follow Maebellyne on Twitter @Maebellyne.