Most Americans spend more time on the job than they do on anything else.

America vs. the world:

So it matters what you do… doesn’t it? Because Americans work so much….

Here are the 10 Best AND 10 Worst Jobs in America, (with median salaries) by our friends at Numbersleuth.

Related: How Do American Workers Waste Time and Money? 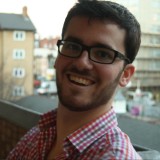